Posted by Montse Under Blog | 2 Comments

On Saturday July 21, I participated in Meló_dia. The Meló_dia is a project of La Capsa] on the melon as a theme, will accommodate a space for music, visual arts and really having a good time with friends. This year they changed the location of the festival, the beach led to the Fund of fish, and I love this site motivated me a lot

Had participated in previous years but this year was very clear about what you would do with local music group wanted to draw.

The band was the novelty of the festival this year, my friends “Grga Pitic Festival” are really the bomb and make it a fun show, thanks for the evening friends already have a fan!

On the question of which trace was evident, a critique of the controversial project EUROVEGAS a project destruction of land and an economic model that deals with land speculation and finance. Because I’m totally against the project was a good time to tell my the best way to be drawn.

As I had very little time, I decided to pick symbols that already exist and make a collage.

I grabbed one of the great Banksy graffiti, a hooded man who throws a bouquet of flowers attitude of struggle (the peaceful struggle) but instead of flowers I put a melon, he throws in a poster that everyone recognizes the popular “Welcome Las Vegas”. By thinking that the field is in the fight against Eurovegas.

The technique chosen was the ink, acrylate-war and collage on cardboard.

I must thank the capseros, marta, Jose and Willy for the production of the festival as it was all beautifully ^ _ ^! 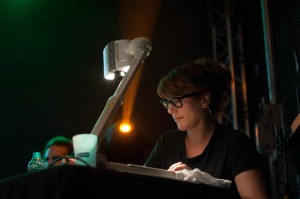 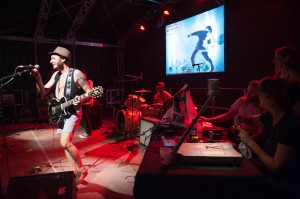 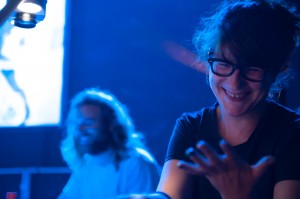 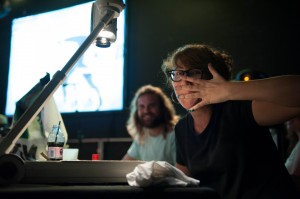